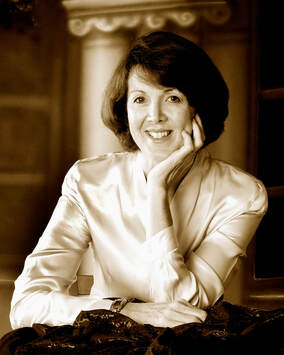 Joanne Grady Huskey is an author, speaker and coach.  She is the Co-Founder and Vice President of iLive2Lead International,
Co-Founder of Global Adjustments (India); and of the American International School of Chennai (India). She was for many years International Director of VSA Arts at the John F. Kennedy Center, Washington, D.C. As part of a diplomatic family, she has lived and worked all over the world promoting intercultural understanding and education. Her life mantra has been "People to People." She leads The Third Act for Women workshops.  She has a Masters degree from Harvard University, and an undergraduate degree from the University of Wisconsin, Madison.
Her book, The Unofficial Diplomat, was published in 2010 by the the U.S. State Department's Association of Diplomatic Studies and Training. Her second book, entitled, Make It In India, was published by Westland-Tata. Her third book, iCAN: A Young Woman's Guide to Taking the Lead was published in the fall of 2018 by Xlibris. Articles by Ms. Huskey also have appeared in the Washington Post, Newsweek Online, Foreign Service Journal, State Magazine, Hemispheres Magazine, Centered on Taipei Magazine.

Ms. Huskey was selected by Encore.org as a 2014 Purpose Prize Fellow and
awarded a Points of Light Award by Secretary James Baker for her work in the Asia Pacific.